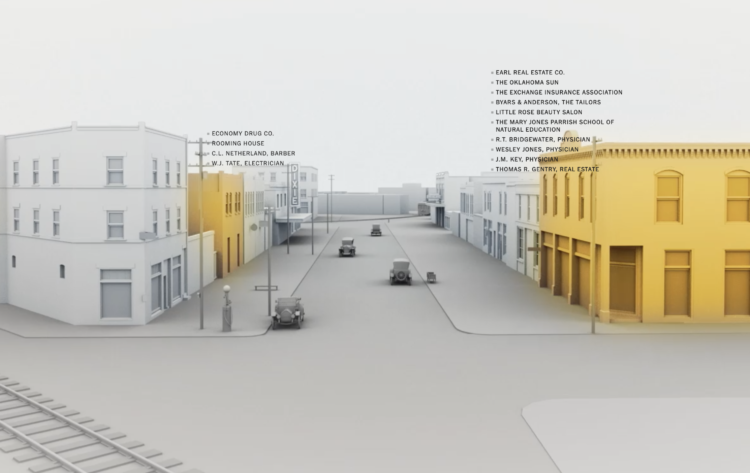 In 1921, hundreds were killed. The New York Times recreated the neighborhood, adding weight to what happened and showing the loss a hundred years ago:

For decades, what happened in Greenwood was willfully buried in history. Piecing together archival maps and photographs, with guidance from historians, The New York Times constructed a 3D model of the Greenwood neighborhood as it was before the destruction. The Times also analyzed census data, city directories, newspaper articles, and survivor tapes and testimonies from that time to show the types of people who made up the neighborhood and contributed to its vibrancy.